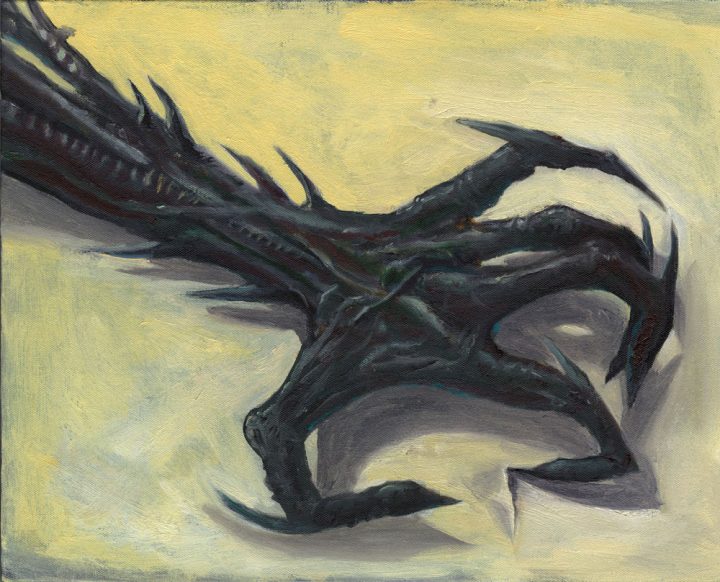 I would suspect that your answer to what fears looks like would be more like failure than Frankenstein’s monster. Perhaps its closer to being laughed at than being slowly chopped to pieces as part of a demonic pact.

Our fears have evolved, mostly away from certain death towards modern anxieties like being shamed on the internet, or having a scammer steal our bank info.  They are also often also misplaced- the fear of flying is much more prevalent than the fear of driving, even though you’re much more likely to die in a car than in an airplane.  We have anxiety about terrorism but not about random lightning strikes, when the odds are in favor of the lightning.

However, the fear is real regardless of if the risk is. Whether it’s a fear of heights or a fear of snakes, there are certain fears that are literally baked into us collectively through evolution. Fears like scary clowns or public speaking are more recent, but our brains treats them the same way as it does those more ancient, hardwired fears.

The biology of fear and what we can do

Most of our fear stems from the oldest parts of our brains that feed off of primal instincts and flood our nervous system with chemicals that make us lose our composure.  The adrenaline and cortisol flooding our systems as a reaction to potential threats increases our heart rate, makes us sweat, and prepares our body to fight or flee.

Because this natural flood of chemicals can’t parse whether or not our lives are in danger – it responds to perceived danger – we react to the fear of being laid off by our boss with the same fear of walking up the gallows.  This reaction isn’t anything to be ashamed of, as this is literally hardwired into our biology.  Everyone gets scared, and anyone who tells you otherwise is either playing it too safe, or isn’t being honest.

To fear is to be human.  It’s something inescapable at first, but there’s actually ways to work to dissolve that fear.  While fear developed through trauma should be worked through with the help of a licensed therapist, the anxiety of things like cold-calling strangers or applying to your dream job can be lessened by choosing to face your fear, rather than run from it.

Research shows that exposure therapy, or increasingly confronting your fear a little at a time, can actually do wonders in breaking down the painful memories that start to build fear from everyday situations.  The point here is not to take baby steps, but that there is a choice when it comes to facing our fears.

Choosing to be courageous

Playing the largest game you can is scary work.  It is stepping into the light to be judged.  It’s fighting against established norms.  It’s innovating, exploring new territory, and navigating uncertainty.

Yet this is where the biggest gains all lie.  The largest hordes of gold are always found in the lairs of the strongest dragons, right?

You don’t need to be trying to slay the biggest, baddest dragon of them all, though.  Especially if you’re just starting out on your journey, that doesn’t make sense, as you’ll just get eaten alive.

Courage is not about the lack of fear.  It’s about making the choice to look fear in the fact and act anyway.  It’s making the decision to move forward towards your goal rather than shy away from it.

But what might you do today to move forward?  To do that uncomfortable thing you’ve been avoiding?  To choose courage over complacency and move even one inch closer to your full potential?